Stephen: It’s 5am, after our first full day in Japan. We’re left feeling a bit like Scarlett Johansson in Lost in Translation at this point, with our body clocks thrown completely out of whack. Sleeping until 2.30pm was probably not our wisest ideas – but the 18 hour journey was pretty gruelling – even for me, who is fairly well accustomed to long haul by now.

We are staying in the famous Shibuya area, and stepping out of the train station to the mass of excited chatter, neon lights, and noise after being on a plane for so long was both a welcome, and overwhelming experience. Despite some serious exhaustion, we wandered out braving the rain and humidity to marvel and take pictures of everything we saw. Now the penchant that Asian tourists seem to have for taking photos of every single minute detail when they travel abroad doesn’t seem all that weird – as it’s what we have been doing. 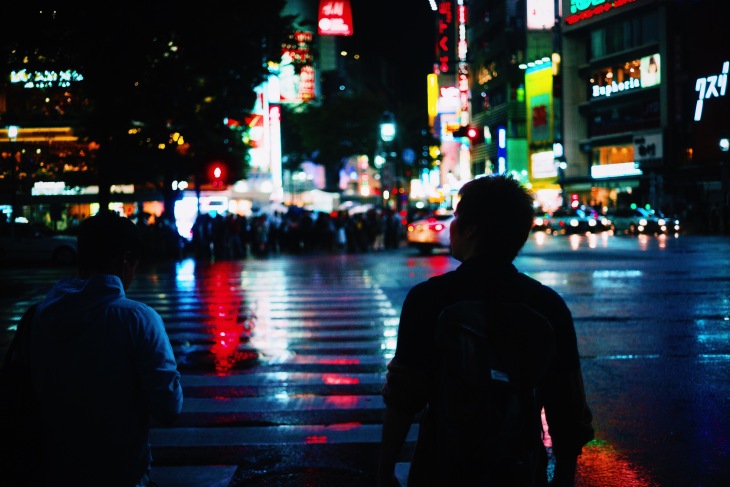 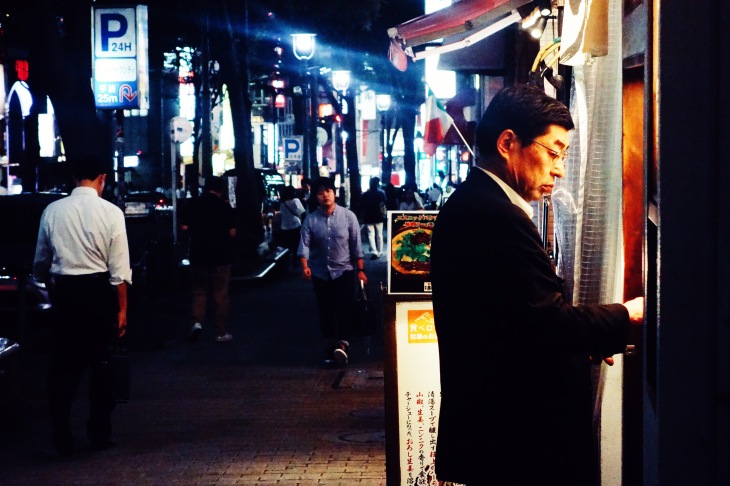 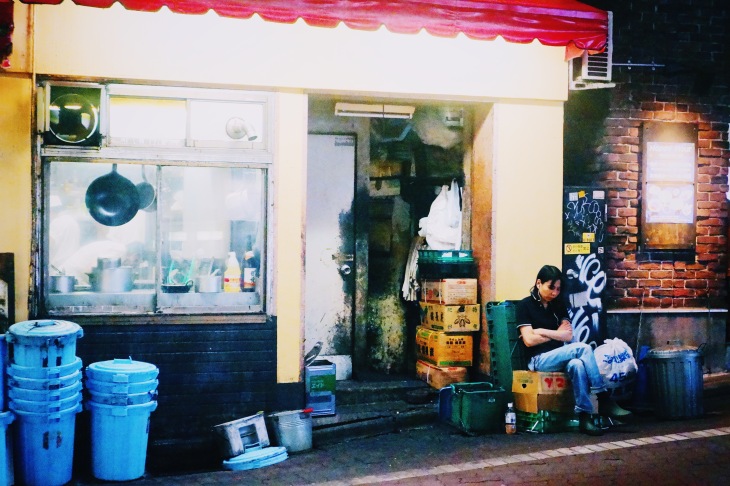 Today we took pictures at an arcade photo booth, drank weird energy shots, and met up with my colleague and friend Naoko, as well as a bunch of other folk who had been at a WordPress meetup. In addition, we had some of the best food that I’ve ever tasted. I read a whole lot about how amazing the cuisine here was, but largely dismissed it. The truth is though, it’s been incredible. The simplest of ingredients that have the most intense flavours. 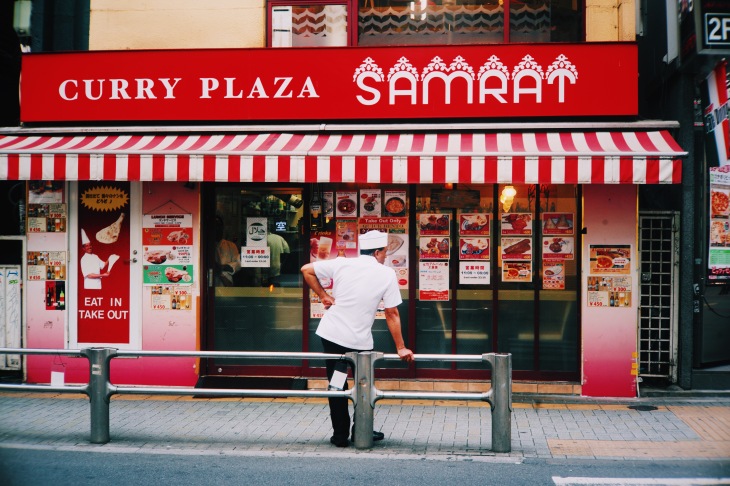 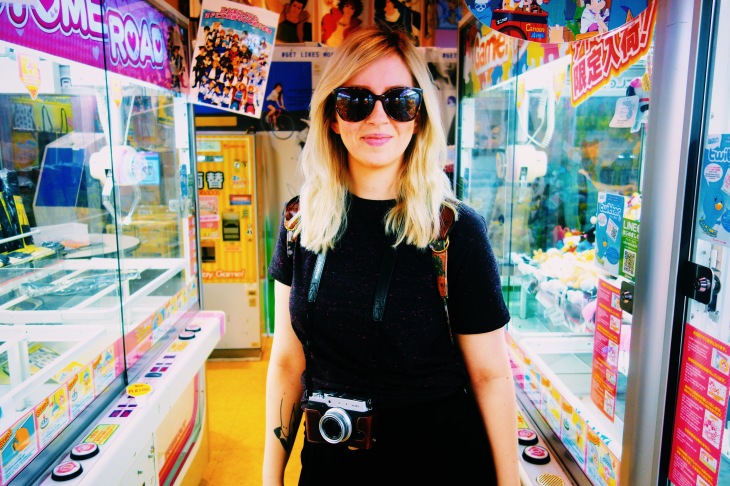 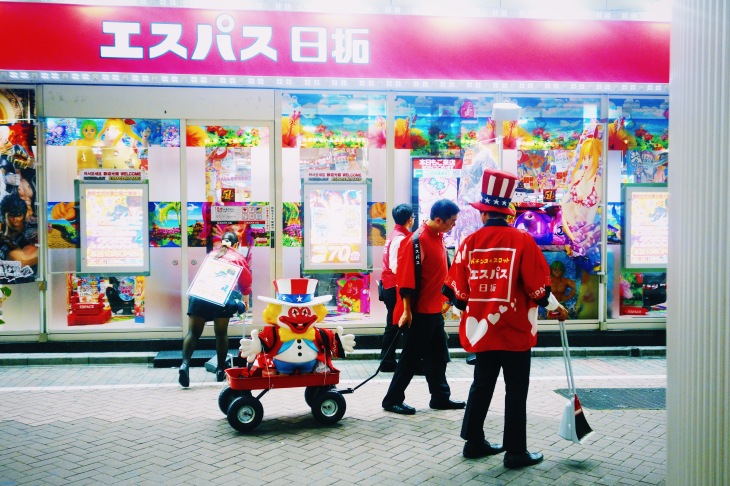 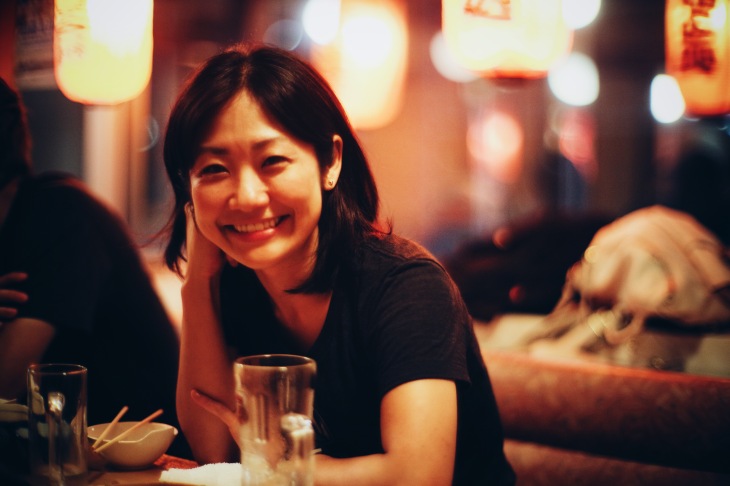 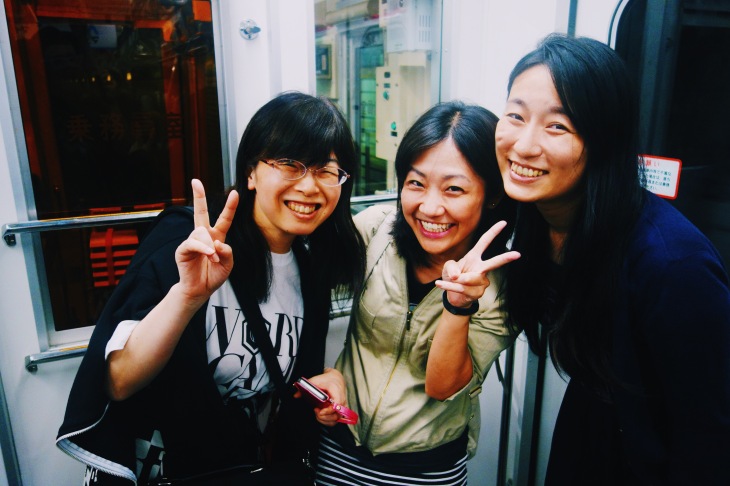 At this point, we’ve barely been here 30 hours and I think we are all agreed that Tokyo is one of the most amazing places any of us have ever been. Everything is so photogenic, and the people are so nice, that it’s genuinely blowing my mind. Three weeks doesn’t feel like it’s going to be enough, and it’s only just begun.

Despite feeling like the plane ride over here would never end, it was truly worth it.  And we haven’t been here that long!!  We’re staying right in the middle of Shibuya, Tokyo with all the amazing lights.  They are hypnotizing. 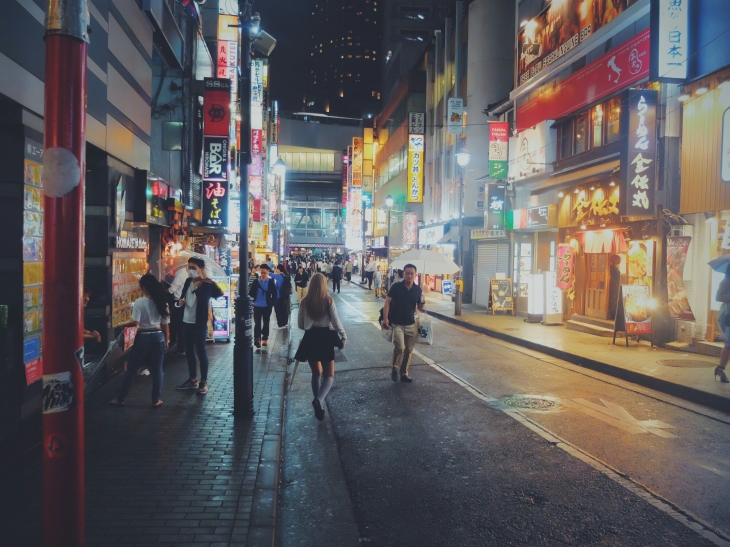 Tokyo has to be one of the best places to people watch in the world: 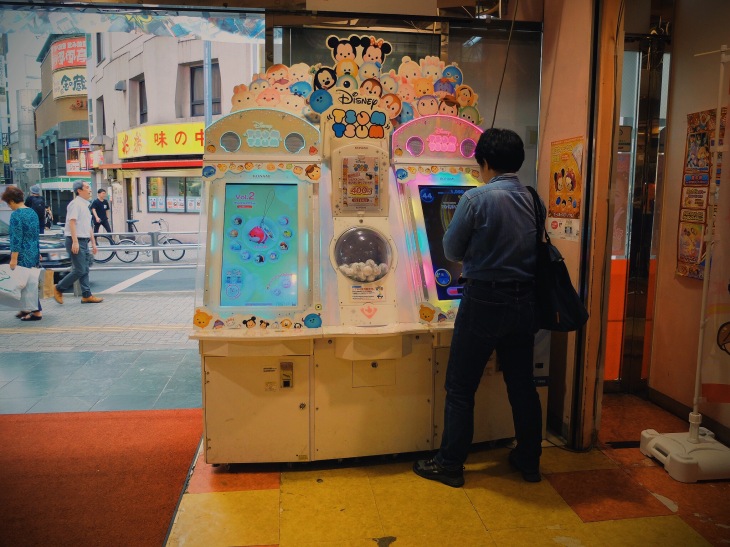 Our AirBnb host recommended a place to eat that ended up being a fantastic Izakaya-style restaurant that had lots of different things to share.

At the end of our meal they brought us the best token of friendliness.  I’ve never been one for gelatinous sweets, but I ate it anyway.  How could I not?! 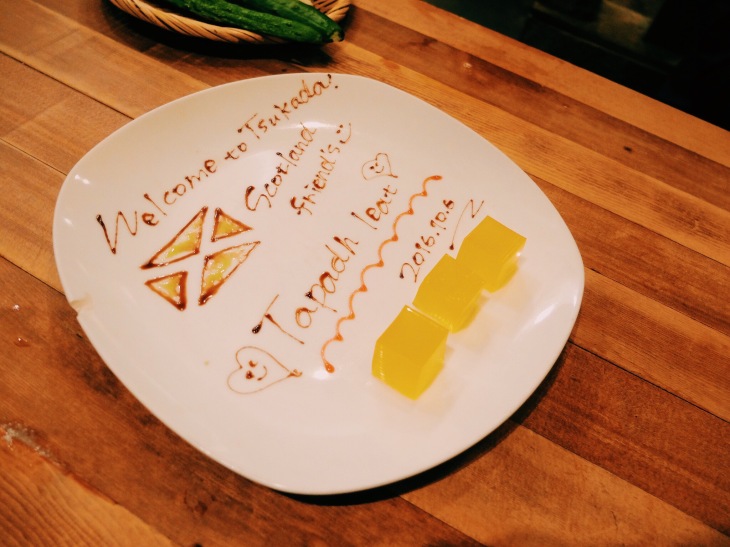 Al: Let’s talk about flying. It sucks. Not the first 7 hours, that’s acceptable (just). But the next nine hours don’t just drag, they torture. No matter how many great films are on the (in Emirates case, wonderful) in flight entertainment system, regardless of the £15 specialised flight sleep pillows, the reality is thus – truly long-haul flights are a true test of your humanity. 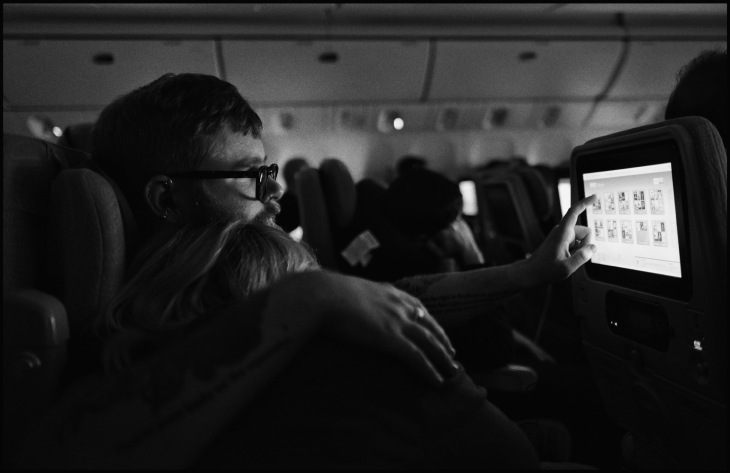 This was compounded by a 2 hour stopover in Dubai. In the middle of the night. It’s a soulless husk of a transit hub 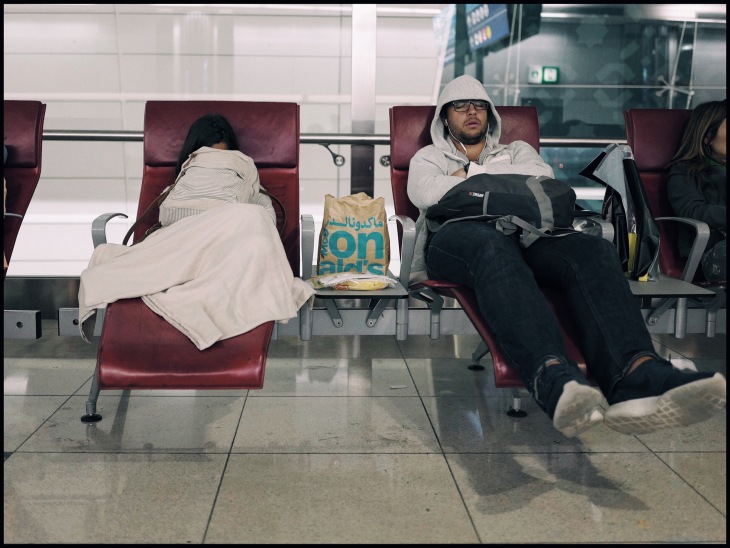 As described above, our frames of mind weren’t the best. After another 1hr on the train into Shibuya from Narita, it’d be fair to describe our temperaments as delicate. At this point, it was kill or cure time. The exit from Shibuya station takes you to the famous crossing – it’s fair to say it was a thrashing cure – like ‘Tyson administering a shot of adrenaline to the heart’ cure – naturally the cameras came out;

After 14 (fourteen) hours straight of sleep, we got up at half 2 in the afternoon – this meant we had a lot to squeeze into our first day. As we were still a little spangled, from the travel, we decided to just explore the sub-city of Shibuya. First of all, let’s look at some of the people; 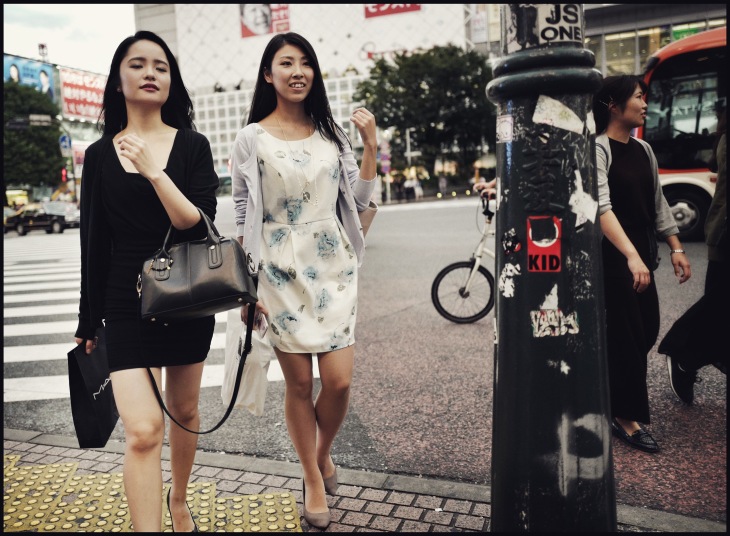 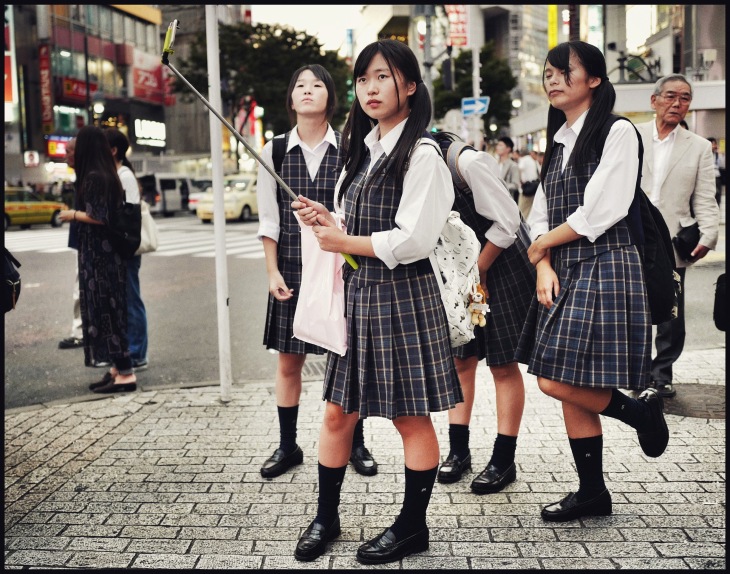 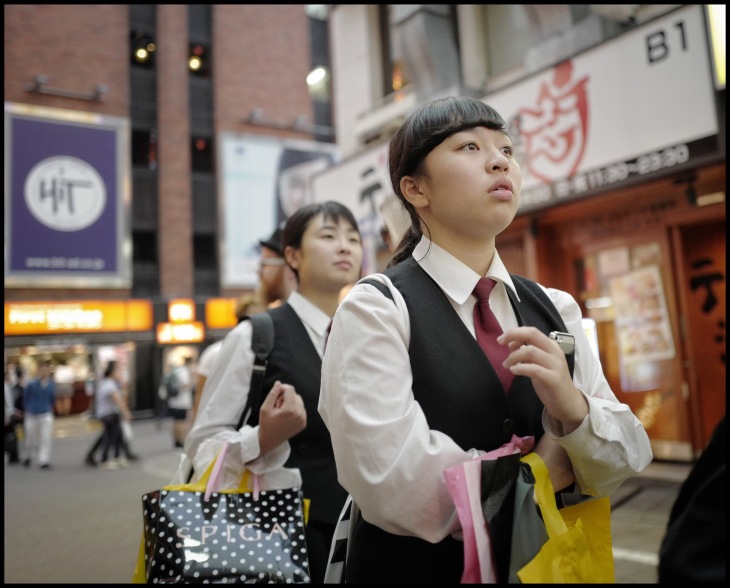 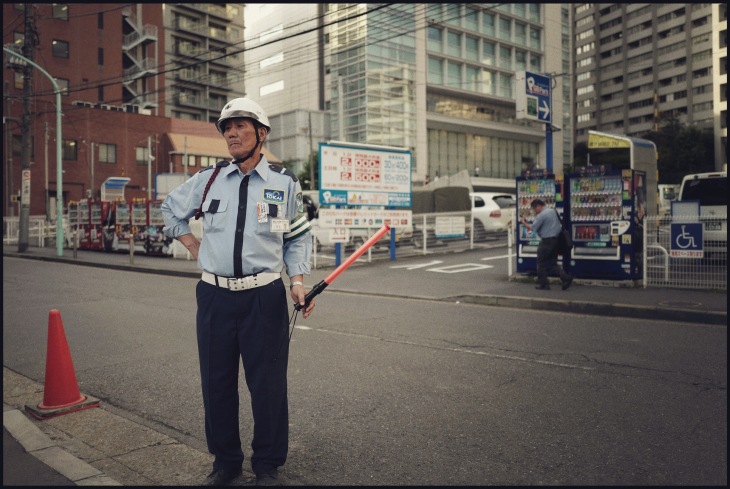 Everyone here is immaculate – the dress immaculate, their personal care (so much as I can tell) is immaculate, their manners are immaculate. Interactions have been pleasant almost to an extreme – nothing is too much trouble, everyone is unfailingly polite. Service in restaurants is beyond anything I’ve experienced (and bear in mind tipping in Japan is considered the height of rudeness, so there’s no fiscal motive). People Make Glasgow? An idiom that could easily be applied here.

Shibuya itself is as interesting in the daytime as it is at night – full of the strange Japanese esoterica one might expect to find in the land that perfected kitsch; 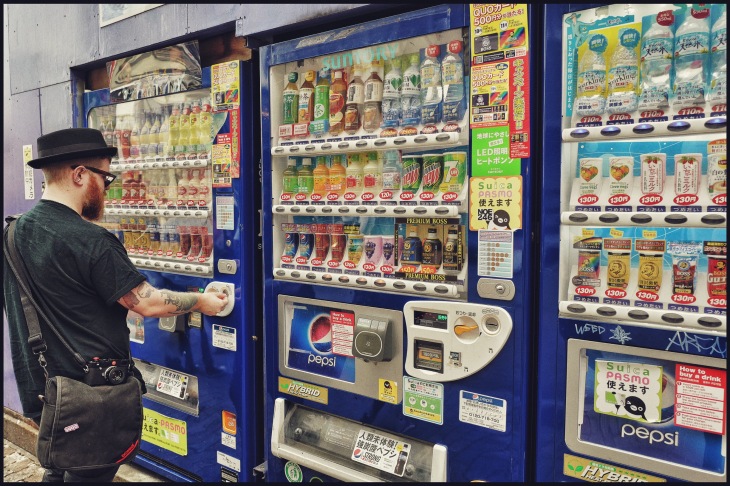 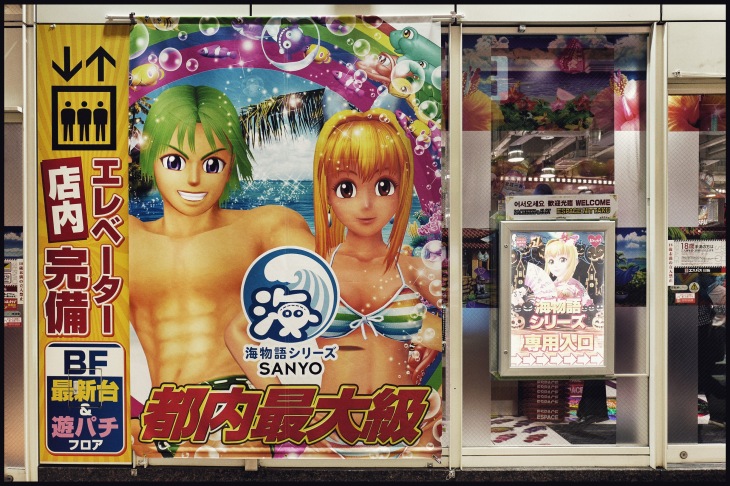 Of course, night time is where this ward of Tokyo shines – it really is a sensory overload – both the place and the people. And it goes on, and on – it doesn’t go to sleep; 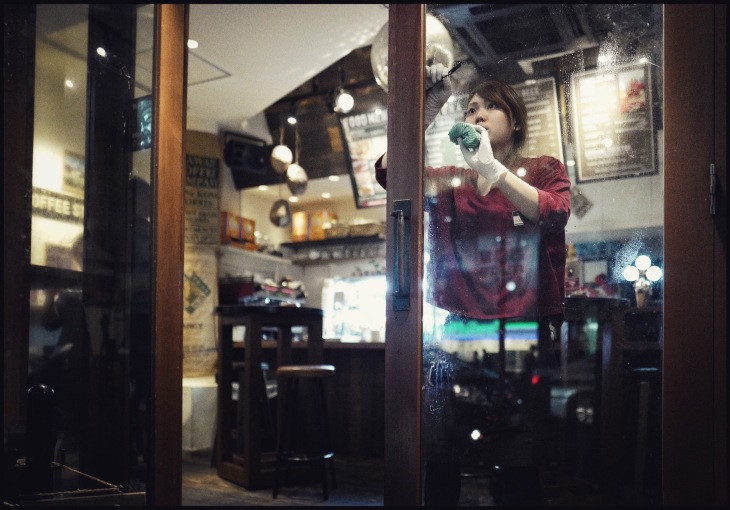 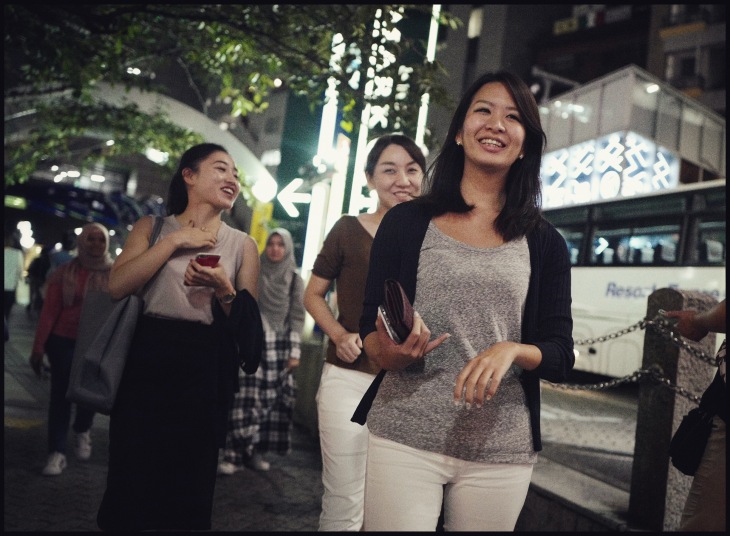 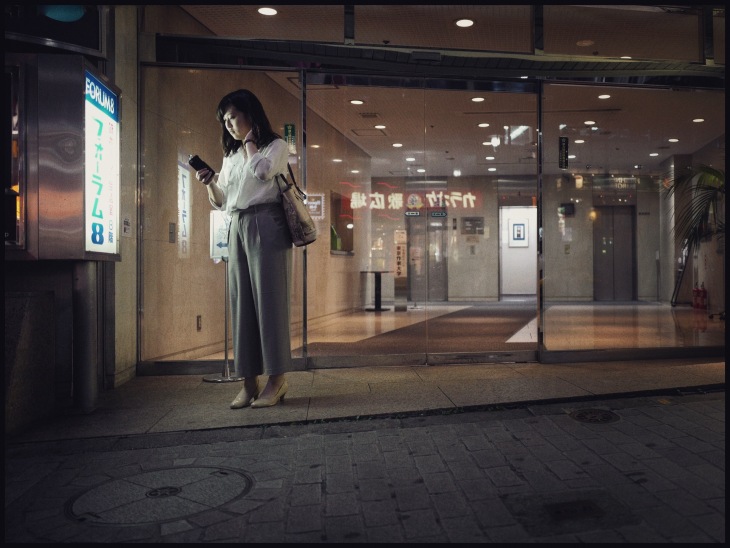 Of course there has to be a few pictures of my travelling companions with lots of twinkly lights in the background; 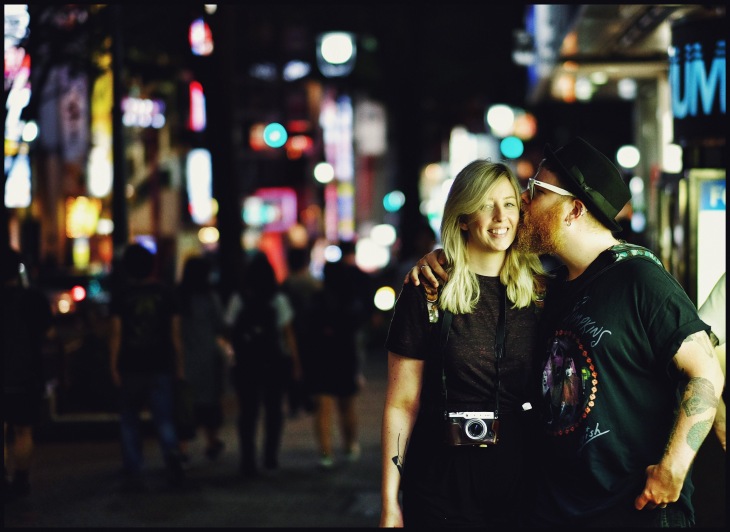 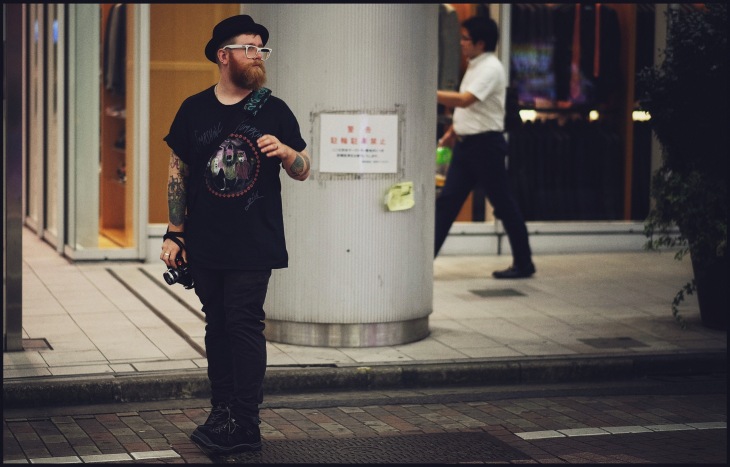 We finished the night by meeting some of Stephen’s work mates (in the broadest meaning of the term) for drinks and bites, before the three of us headed to a bar in the basement of our apartment complex, and drank until it was almost daylight – the barman (Katsumi) was a gracious host, plying us with a variety of home brews – in truly Scottish style, pissed on our first full night there.

6 thoughts on “The first full day”

Two Scots and an American document their three weeks across Japan... Tokyo, Kyoto, and Osaka.

What could go wrong?